Diamondback cheerleaders are buzzing with excitement tonight. A football game against the Bulldogs in Mesquite, Nevada has everyone ecstatic. Luckily, the energy I see tonight isn’t an occasional occurrence; positive vibes from these girls flow on a consistent basis around the Ranch. When previously interviewing Bryn, she stated, “It’s a positive way to release energy and a good way to bond with people.”

Curiosity leads one to wonder what brought such a diverse group of individuals together. Some, like Brittany, had specific motives for being on the cheer team. “I was a cheerleader for seven years…” Others, however, never even considered participating in such a sport until their arrival at Diamond Ranch Academy. Paola claims, “I never thought I’d be in cheer, but it’s really accepting of everyone.” A surprising conclusion another student came to seems to set the theme of Diamond Ranch altogether. Rebecca simply stated, “It shows us that we can have fun without doing negative things.” From the looks of it, fun would be an understatement. From the little things like, “We get to go off ranch and do our hair”, to “I love when we really pump up the crowd”, the girls definitely enjoy themselves; the game was no exception. Even on the ride to Mesquite, the girls were singing, laughing, and most importantly – bonding.
When the cheerleaders arrived in Mesquite, the score was still zero, zero. The eager cheer team wasted no time and got right to work rocking the crowd with their enthusiasm while, of course, supporting their squad on the field. The parents in the stands were exceptionally light-hearted, thrilled to be watching their students perform. Forty four, zero was the final score in favor of the Diamondbacks. Yet to be defeated, the Diamondbacks have eliminated all competition so far, and they’re showing no signs of backing down! 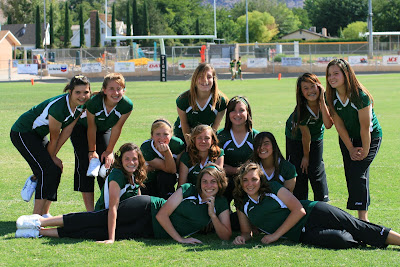 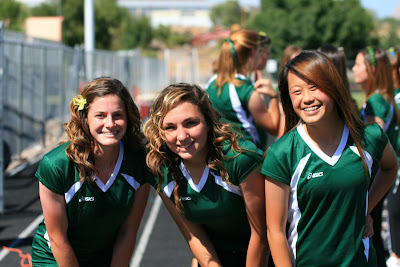 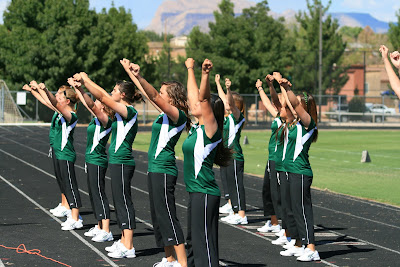 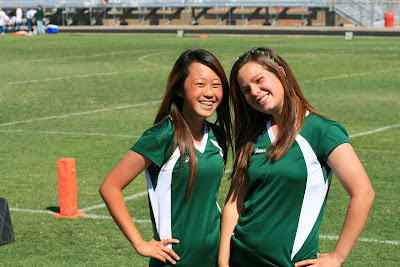 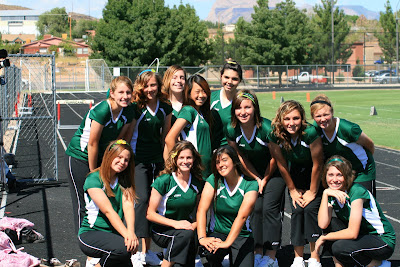 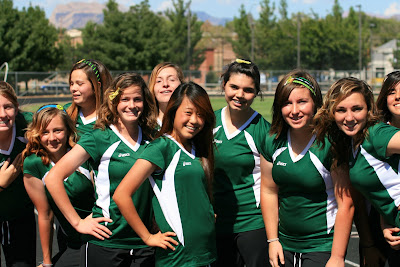