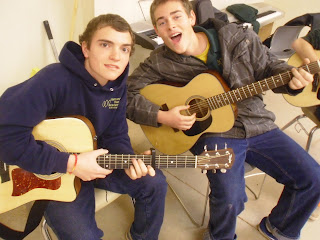 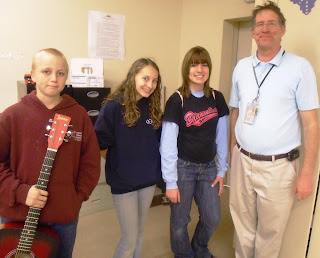 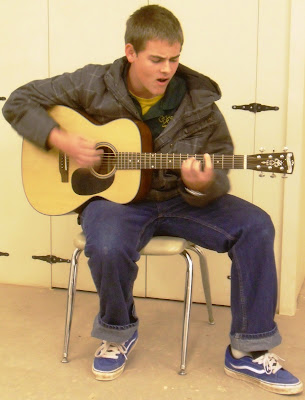 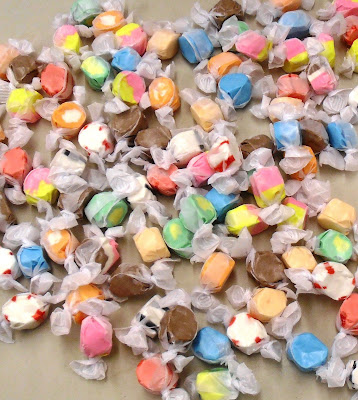 Thursdays are Music Club’s “fun days.” Mr. Myers asked the girls what they would like to do for the duration of club time. We said that we wanted to have a guitar competition, and the girls would be judging. First, a boy named Drew went up and played, and then Lee, then Lee and George, then George decided to play solo and performed “Umbrella” by Rihanna. Everyone laughed and enjoyed! Then, Ben was nervous but he got support by having Drew up there with him. Last went Brooke, she sang “Our Song” by Taylor Swift. After the competition, we couldn’t decide who was best, so we decided on winners in specific categories. Brooke was awarded Best Singer, Drew was Best Overall, George was the Funniest, Lee was the Best Facial Expressions While Playing, and Ben was Most Like “August Rush”. The winners were awarded with four pieces of taffy. Then the girls passed out taffy to others in the audience. Music Club was a candy-coated melody that everyone enjoyed!