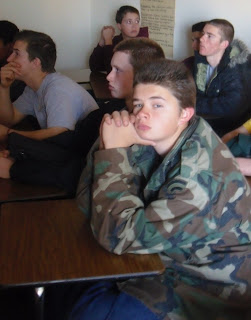 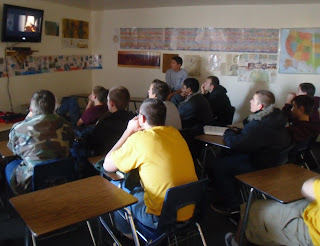 I went over to Boys’ Media Club to see what was going on. There all of the boys were quietly listening to the movie. So, I pulled two boys out to interview: Dominic and Drew. Dominic told me that his favorite part of Movie Club is that he gets to go to school all day, but then relax once he got to his after-school club. His favorite movie seen in the club was “Red October”, and his least favorite movie was “The Pink Panther”. Drew’s favorite movie shown in the club was “Clear and Present Danger”. One thing both boys agreed on was that they would like to be able to watch the entire movie in one sitting, rather than splitting it up over two days because club time after school is only one hour. But, other than that, they both reported that they LOVE their club and would definitely join if it were offered again!
Posted by Diamond Ranch Academy at 4:51 PM